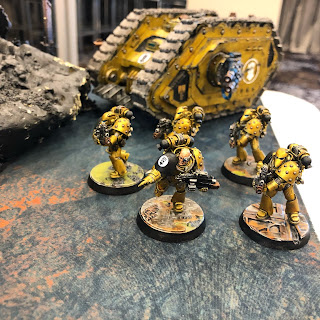 This was the third event from the awesome lads at SEQsy Heresy here in sunny Brisbane down under. The format is two games, loyalist vs traitor with two specially selected book missions for the theme of the day, you can play a third game if you are drunk enough and don't have to drive home as the whole thing is run out of a pubs event room!

Missions were 1 and 2 from book two massacre and focused heavily on the use of scoring troops and killing the hell out of each other at 3000 points with LOW and Primarchs allowed.

I played Tim from the Eye of Horus podcast as my first opponent who was using a mates Khorne theme Demons of the ruinstorm. I took my Imperial Fists with a focus on outflanking and deepstriking turn two, while holding an Aegis line boosting reserve rolls and protecting a shadowsword with dreads and a Forgelord. I managed to snipe out one of the behomeths with a D shot and the Demon lord with focused fire from the rest of the army outflanking on turn 2. The fat terminator blob with a praetor and siege breaker dropped in behind his main demon blobs and forced him to respond. In both games the fat terminator blob ate huge amounts of armor saves like god damn bosses for once! I ended up winning the game 7-1 as I just had too much 13 and 14 armor for the demons to bounce off with their big boys dead early on. Demons are huge wound soaks though and you need to pick your targets and just dump on them until they die or you will get swarmed. Also you need to be ok with feeding the horde a sacrificial unit or two so the rest of your army can function and tries to do work on objective scoring. 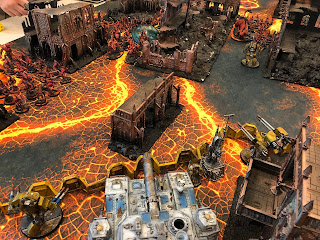 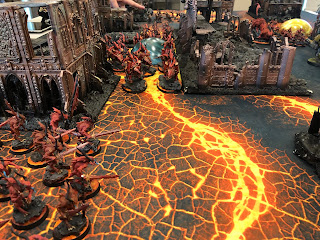 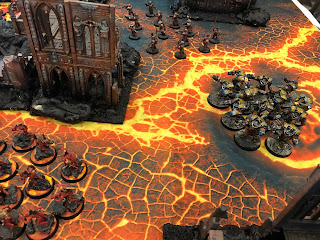 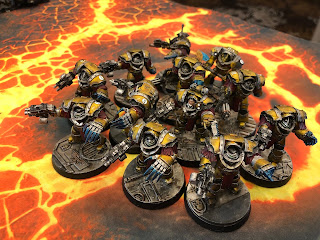 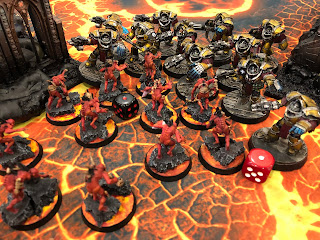 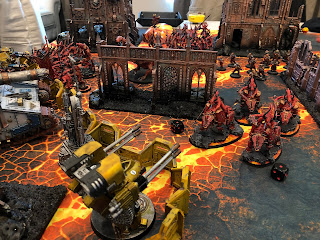 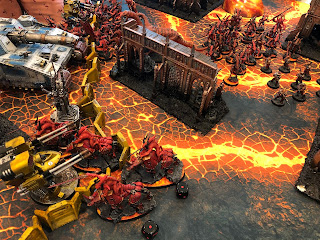 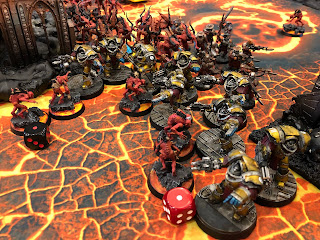 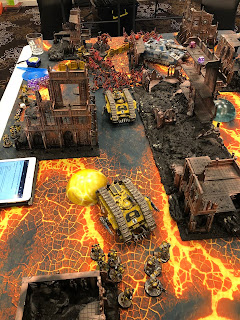 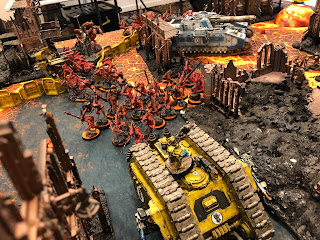 Second game was on the same table as I was unlucky/lucky and against a inductii feel no pain horde of World Eaters and Angron.
I approached it in the same fashion, castle up and bait the main horde into it and then outflank and deep strike into the scoring area while picking apart important threats one at a time. The abundance of lascannons and melta in my army really helped negate FNP rolls and with some clever positioning/shooting I even sniped out apothecaries quickly as most people put them in the rear of a squad. I kited Angron the whole match and kinda felt bad about it until my terminators failed a 4 inch charge and at something like 36 wounds from a half dead inductii squad that then charged them. I ended up winning again by playing keep away with my scoring units in the opponents backfield and blocking any chasers with my tanks as fists will make a wall out of anything... even their own men and machines if needed. My opponent like all the other dudes at the event was a champ and good dude with great hobby energy and sick army. 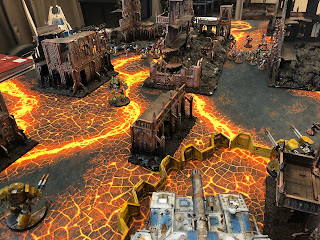 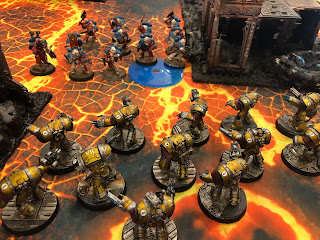 Here is the first rounds armies and tables as a bonus! 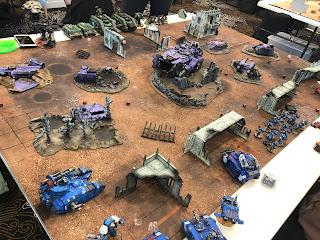 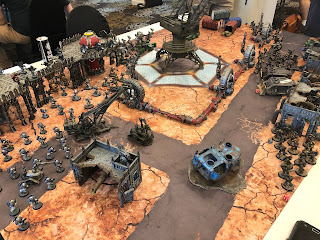 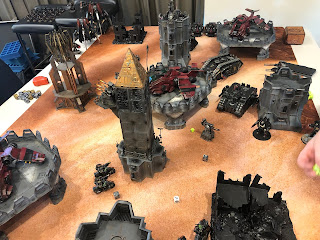 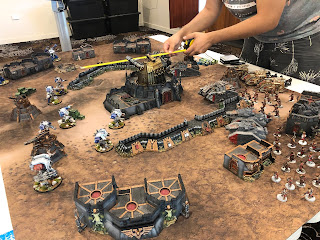 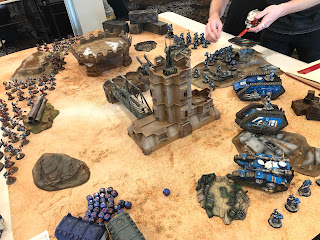 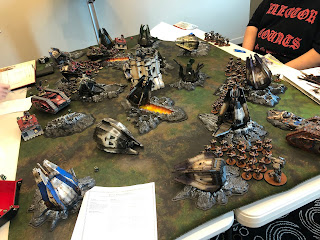 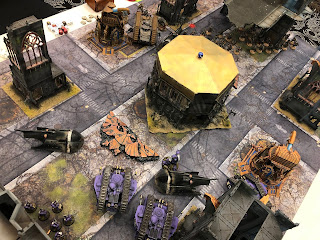 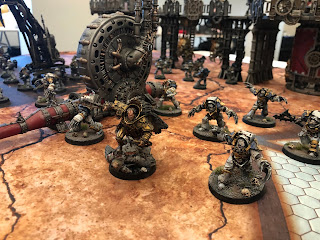 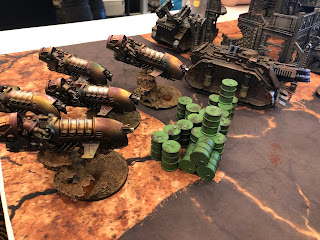 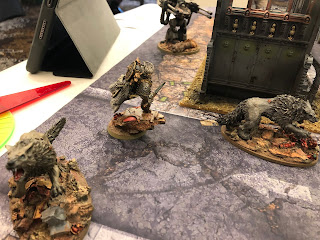 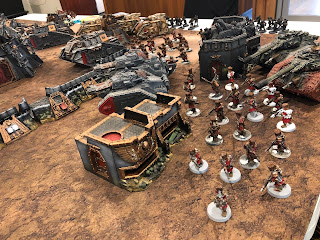 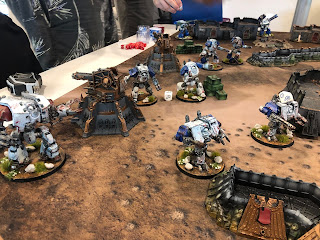 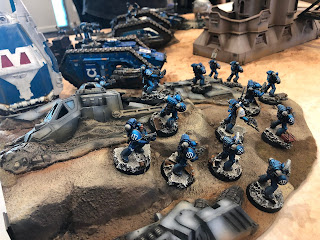 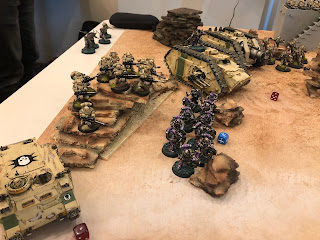 Links for the Link God